The new Indiana Affidavit of Paternity has two sections. The first section deals with putting the father on the birth certificate, the second deals with joint custody of the child. The first section puts the person named as father on the certified birth certificate. It does not give the father any rights as far as the child. It does place financial responsibility on the father, including payment of child support and provisions for health insurance coverage. The first section does not require any type of DNA testing, it requires only the mother and father to sign and notarize the document. Note you have 60 days to rescind the document of you change your mind or if you find out the person named as father is in fact not the father. After 60 days it will require a DNA test and a court order to remove the father's name from the birth certificate. It is also notable that the person named as father on the affidavit has the right to request a DNA paternity test within 60 days of the birth and if necessary may ask the court who has jurisdiction for an order for the test. The law also states that a mother who knowingly falsely names a man as the biological father of a child under this section commits a Class A misdemeanor.

The second section deals with joint custody. It allows the mother and father to share joint legal custody of the child and have equal access to school and medical records. Joint legal custody means the persons sharing the custody share authority and responsibility for major decisions concerning the child's upbringing, including education, health care and religious training. Note the law states that the mother and the man who reasonably appears to be the child's father must be allowed to review the affidavit alone and without the presence of the other and if ether are under the age of 18 they have the right to consult an adult chosen by the individual. This section requires a DNA Paternity Test from an accredited laboratory be submitted to the health department within 60 days of the birth of the child.
Posted by AccuGen DNA Service at 7:04 AM 2 comments: 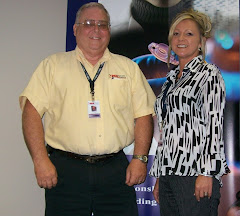